My boy started third grade last month and the very first topic started in school is 'The Universe' -  a truly big topic for little ones whose known  territories are only home and school.
I realized that teaching the traditional way of starting with the big picture of the universe  and going down the path of galaxies, solar systems and planets is something the little mind does not comprehend well - it understands better what it already knows.
So I started with a little exercise  where I pulled up a globe and showed my boy our city, country and continent and Earth ,  and what fits inside what before I started talking about the solar system, galaxy and the universe.
I used a worksheet to reinforce the facts. 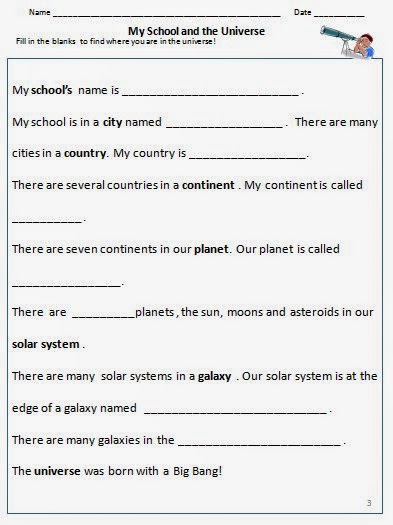 After doing this small exercise , I was asked the unavoidable question - 'What is the Big Bang mama ?' (I had to write that last sentence in the exercise to dig my own grave!)  That is really a tough theory  to explain so I left the explanation to the man behind it all - Stephen Hawking. I know that this video is heavy but that's the best I could get and it does give the child an idea of space.

Coming back to the topic of universe, I went on the explain the components of the universe - the galaxies and solar systems and most prominently our solar system.
Found this amazing picture of the solar system from NASA which serves as a good introduction. 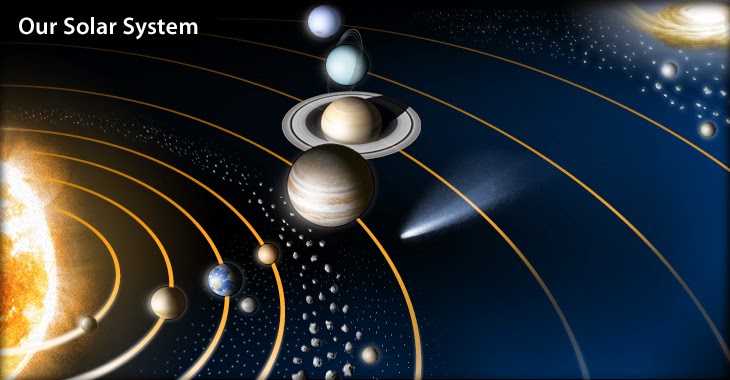 What is like most about this picture is that it clearly shows the asteroid belt .
I made a poster for each planet with its main facts- they serve as good pinups . Here's a snapshot of the posters together. 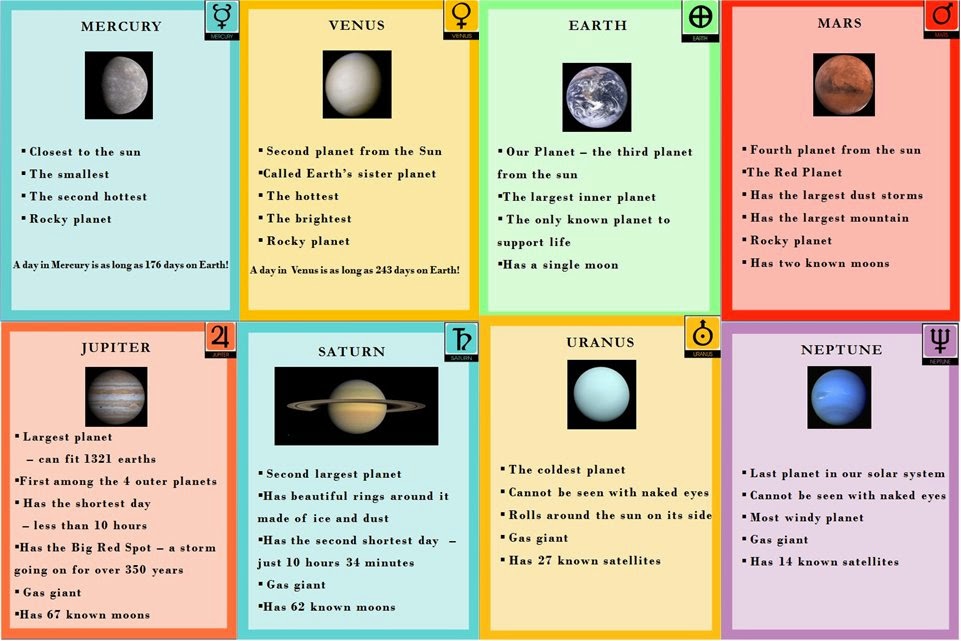 There's also a solar system song I found on YouTube.   It is slow and  kiddy -  I guess that's why  my kid loved it !
I made worksheets on planets and their positions from the sun.
For older kids I would highly recommend to download NASA's Eyes on the Solar System   - an amazing application showing an exact 3D view of all ongoing  and past explorations done by NASA in space .
I also touched upon the topic of the planetary movements of rotation and revolution through this worksheet. 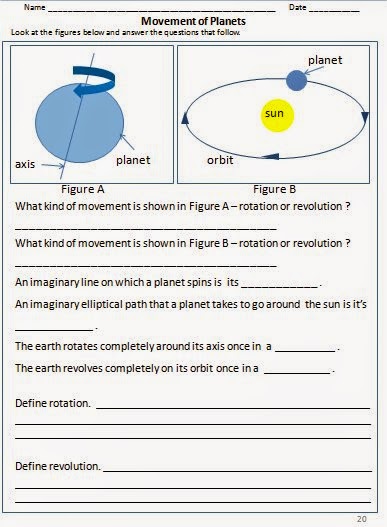 ﻿
Additionally, I made some quizzes, match the followings and games  on the topics.
The kids enjoyed the package.  The package is available in my TPT Store under the name Our Universe, Galaxies, Solar System and Planets  . 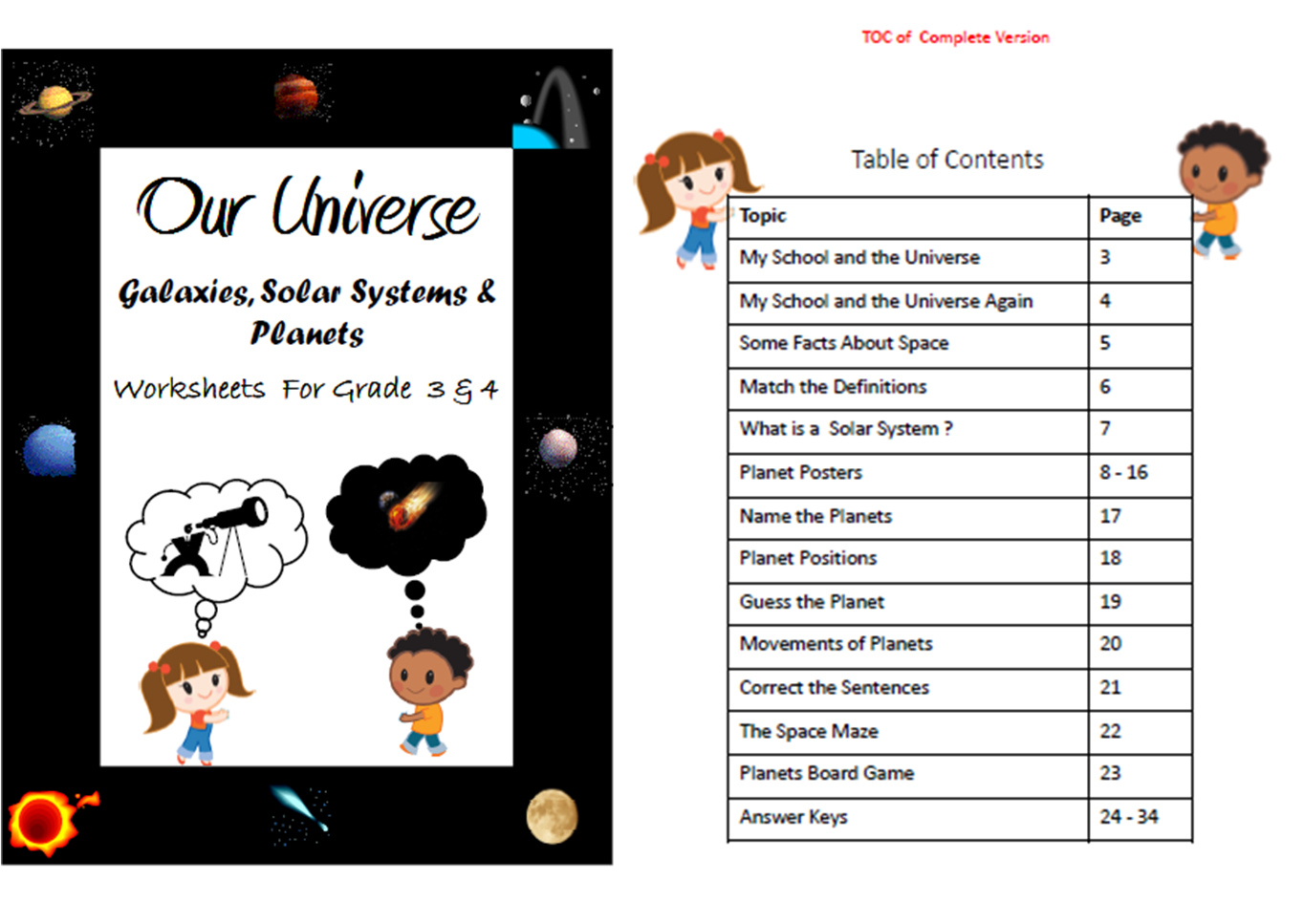